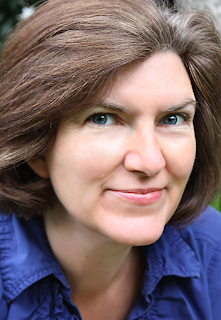 Constance Cooper is the author of the fantasy novel Guile, as well as short stories which have been published in magazines and anthologies, podcast, translated into Swedish and Hebrew, and included in "Best of" collections. She also writes sf poetry.

Constance grew up mainly in the San Francisco Bay Area, with one year spent in Surrey, England and a chunk of another spent in Newfoundland, Canada. She studied journalism at UC Santa Cruz, where she hiked to class through redwood forest, explored secret caves, and helped edit the college newspaper. Later she earned an MA in Linguistics at the University of Pennsylvania, and stayed on in Philadelphia working on a linguistic research project before getting sucked into the brand-new world of website design.

After Constance met her husband, they moved to Edinburgh, Scotland for two years, where she morphed into a software engineer. Just as she'd acclimated to saying “beeta testing” and “proh-cessor,” she and her husband returned to the San Francisco Bay Area to work for a natural language search company. 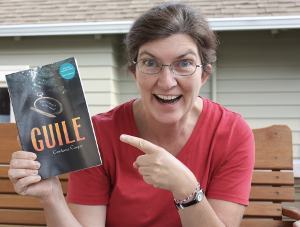 Constance now lives in the Bay Area with her husband and two children, and is enjoying ever-increasing time to write the kind of stories she's always loved. Her published science fiction so far has all been set on alien planets, and often told from alien viewpoints (including reptilian, mammalian, and crustacean analogues.) In writing fantasy, she's attracted to inventive, nonstandard settings, light touches of humor, and just pure adventurous fun. Constance's writing also shows the influence of her love for mysteries.